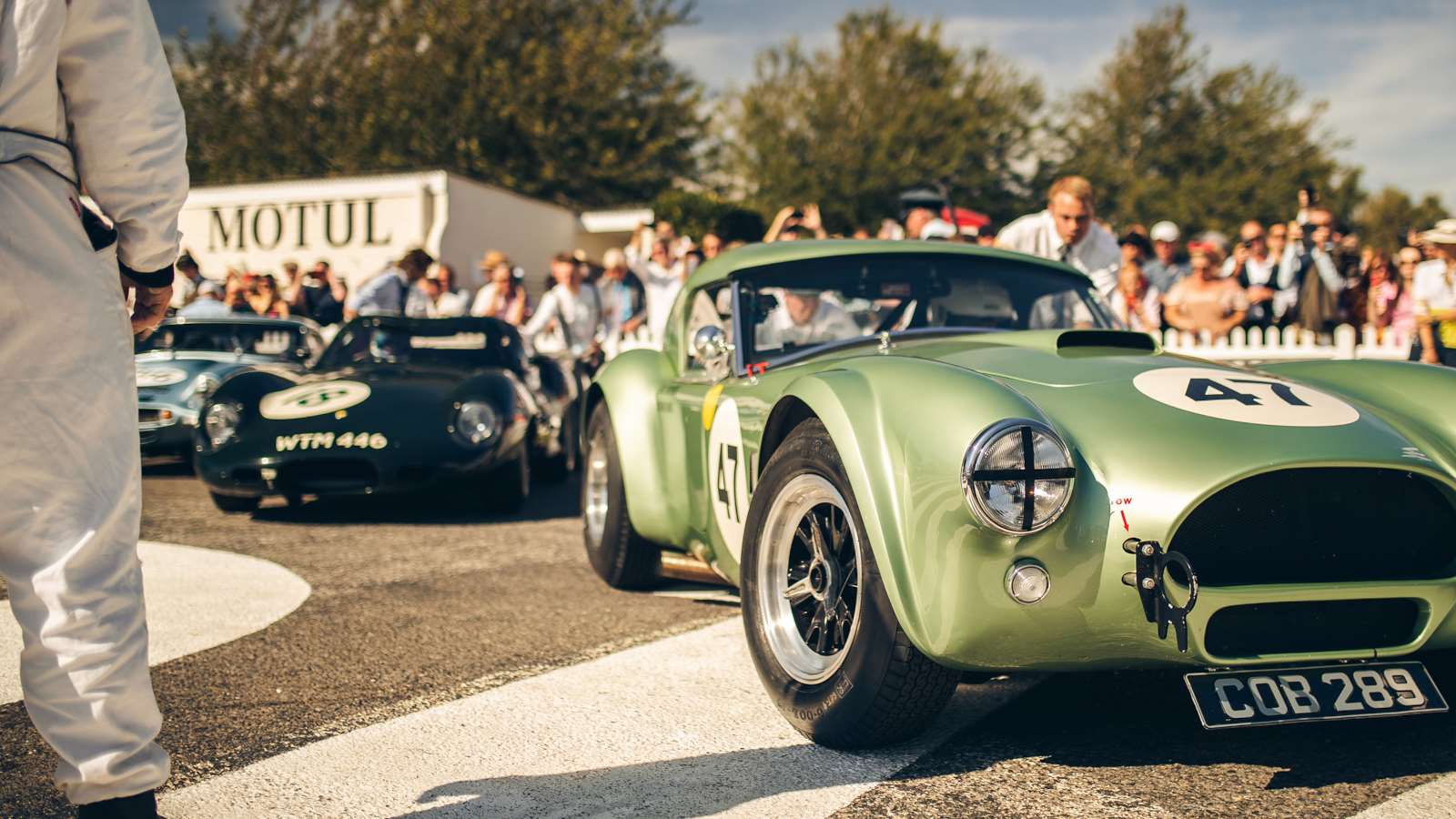 Recreating the glamour of motor racing as it used

The Goodwood Revival is a three-day festival held each September at Goodwood Circuit since 1998 for the types of road racing cars and motorcycle that would have competed during the circuit's original period—1948–1966.[1] The first Revival took place 50 years after the 9th Duke of Richmond and Gordon opened the motor racing track in 1948, driving around the circuit in a Bristol 400, then Britain's state-of-the-art sporting saloon. Most people dress in period clothes. It is one of the world's most popular motor race meetings and the only United Kingdom event which recreates the 1950s and 1960s era of motorsport.

There was some opposition to the re-introduction of racing at the circuit, but a numerically strong lobby in the form of the Goodwood Supporters Association helped eventually to gain approval.[2]

The festival is a showcase for exceptional wheel-to-wheel racing around a classic circuit, untouched by more modern developments, and relives the glory days of Goodwood Circuit, which ranked alongside Silverstone as Britain's leading racing venue throughout its active years. Between 1948 and 1966 Goodwood hosted contemporary racing of all kinds, including Formula One, the Goodwood Nine Hours race, and the Tourist Trophy sports car race.

Apart from the inclusion of a chicane on the start/finish straight, the restored circuit is unchanged from its heyday, and many visitors wear appropriate period clothing. No modern vehicles are allowed within the circuit perimeter throughout the weekend, except for modern race fire and rescue vehicles.[3] There are also theatrical sets that bring the past back to life, as well as many historic aircraft.[4]

No items found.
Product is not available in this quantity.